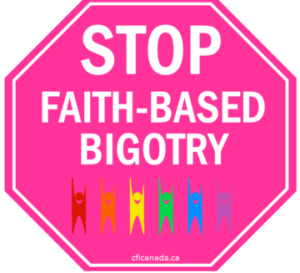 Under attack in the United States and elsewhere, LGBTQ rights will remain an existential issue for some time. Another nation noted for its discrimination and standard prejudice against the LGBTQ community is Brunei.

As Vice has reported , Brunei has recently imposed a new anti-LGBTQ law so brutal that it endorses the use of whipping and stoning. The ruling Sultan Hassanal Bolkiah, also the Prime Minister of Brunei, continues to operate so as to impose Sharia Law on the citizenry of Brunei. He planned three phases :

Previously, Brunei’s legal structure was based on British civil law. With the imposition of Sharia law, this would amount to explicit religious legal structures as the foundation of law in Brunei.

After the Sultan implemented the first phase, he received backlash from around the world. The final two stages were postponed. This year, the Sultan has plans to implement these phases. The goal is that “those found guilty of same-sex relations, adultery, sodomy, rape, and blasphemy, will be whipped and stoned to death,” Vice News stated. “Out of Brunei’s total population of 400,000, 67 percent are Muslim and therefore subject to the Sharia law. But since the first phase of Sharia law applied to both Muslims and non-Muslims, it looks like no one will be exempt from the rule.”

Amnesty International called for the immediate halt to the implementation of the law. Human Rights Campaign stated, “It’s absolutely crucial that the international community speak out now and demand that the Sultan of Brunei stop these barbaric changes.”

This article appears in the November 2019 version of Critical Links.

Why Does It Matter?

A Small Victory for Atheist Soldiers

Presenting a Secular Perspective at a Catholic Conference

« A Small Victory for Atheist Soldiers
Why Does It Matter? »

If you think wearing a piece of cloth makes it “hard to breathe”, then trust me you do NOT want COVID-19.

Birthed in the first second after the Big Bang, primordial black holes could offer answers to astronomers’ outstanding questions ... if they exist. http://pst.cr/oUsYi