Ashu Solo vs City of Saskatoon and Randy Donauer

On April 14th, 2016 the Chief Commissioner of the Saskatchewan Human Rights Commission, David M. Arnot, dismissed the case of Ashu Solo vs the City of Saskatoon and Randy Donauer.  On balance, Solo appears to have been completely consistent with the Human Rights Code, related decisions and Canadian values; As Commissioner Arnot stated, “Mr. Solo’s analysis of the issue of state sanctioned prayer is remarkably consistent with the approach subsequently espoused by the Supreme Court of Canada in the Saguenay case.”  The Commissioner also commented, ” Although, I have found that Mr. Solo’s complaint does not have sufficient merit to proceed to a hearing under the Code, many of his concerns regarding inclusiveness in the City of Saskatoon appear justified.”

What is clear from the decision is that secular citizens should complain when they feel that their human rights have been violated.  Rather than being interfered with and vilified as he appears to have been, Ashu Solo should be congratulated for standing-up for his secular human rights.

The 13-page, 47 point dismissal concludes with the following comments:

46. After having carefully considered the whole of the evidence on the file, the quality and nature of that evidence, and the legal principles relevant to this complaint, I find that there is no reasonable likelihood that a court, in looking at the evidence as a whole, would find this complaint to be substantiated on a balance of probabilities. For these reasons, I find that the complaint does not have sufficient merit in law to warrant a court hearing.

47. This complaint is without merit. I hereby dismiss it pursuant to paragraph (b) of subsection 27.1(2) of the

Mr. Solo has issued a media advisory stating “Regardless of Commissioner Arnot’s decision on my civil rights case, I’m glad that filing this case caused the city to stop prayer recitations at civic events.  Other municipalities should heed the chief commissioner saying that a general practice of prayer recitations is contrary to the Saskatchewan Human Rights Code.  Donauer said that he was just expressing his beliefs.  He was abusing his government office to get other people to pray according to his beliefs.”

If you are not familiar with Solo’s human rights complaint, Commissioner Arno’ts decision provides the essential background:

I am a person who is not a Christian. I feel that the Mayor’s Office and the City of Saskatoon are using their position, political authority and/or public monies to convey and/or promote one religion, namely Christianity, over other beliefs. An example of this includes City Councilor, Randy Donauer, performing a Christian prayer at a Volunteer Appreciation Banquet held on or about April 18, 2012 at TCU Place in Saskatoon, SK that was hosted and funded by the City of Saskatoon. I act as a volunteer on the City of Saskatoon Cultural Diversity and Race Relations Committee, which is an advisory committee to Saskatoon City Council, and attended the banquet in this role. I have reasonable grounds to believe and do believe that the promotion of Christianity above other religions and creeds by the Mayor’s Office and the City of Saskatoon by conducting Christian prayers at municipal events, such as the Volunteer Appreciation Banquet, discriminates against me, and others who do not share the Christian faith. This practice interferes with my freedom of conscience, contrary to Section 4 and on the grounds of religion and creed contrary to Section 12 of The Saskatchewan Human Rights Code.

In light of the dismissal, there are a great many interesting and ironic details I the case for secular citizen of communities throughout the country to consider.  Whether the case should have been dismissed is an essential question as comments throughout Commissioner Arnot’s documentation demonstrate that this was a legally significant situation. Following are several samples of comments from the dismissal.

My decisions are not typically released publicly. However, the Commission’s publication policy allows my decisions to be released publicly in certain circumstances. Mr. Solo’s complaints with the City of Saskatoon have received considerable media attention. They have also generated significant public interest. In respect of this complaint, I understand that Mr. Solo, representatives of the City of Saskatoon and Councilor Donauer have spoken to the media about the circumstances surrounding the Complaint. I am advised that Mr. Solo has posted copies of Commission correspondence online and released some of the same to the media. I noted that many of the reports in the media contained inaccurate information regarding the Complaint and the Commission’s processes. I anticipate that my decision, or parts of it, will become public irrespective of whether I release it publicly.

Commissioner Arnot clearly recognizes that there was public interest and concern with this case and that media reports were not necessarily a reliable source of information for this case. Commissioner Arnot expands on the important and value of providing education to the public regarding human rights.  The dismissal goes on through section three to nine to explain the relevant law before explaining the complaint process (Items 10 through 15) and reasons for delays between the initial complaint in 2012 and completion of investigations. Commissioner Arnot notes:

The investigation of this complaint was completed in August 2014. In October 2014 the Supreme Court heard an appeal from the Quebec Court of Appeal in Mouvement laïque québécois v. Saguenay (City), 2015 SCC 16. The Commission was tracking the Saguenay case through the Quebec courts because it involved a similar issue under Quebec’s human rights legislation. I decided to delay assessing Mr. Solo’s complaint until the Supreme Court decided the Saguenay case. I now have that decision and have relied on it in these reasons.

This reference to the Saguenay case is important for those interested to advance secular human rights.  Given the tendency for cases in one jurisdiction to influence decisions in other jurisdictions, it is important to evaluate the intentions that courts express.  Indeed, Solo’s case provides valuable information for others who may face similar circumstances in the future.

Secions 16 through 23 present evidence where again there are some interesting details and statements to examine:

The evidence supported that a prayer was requested and authorized by the municipality; the evidence also demonstrated refusal by a politician to co-operate with human rights process and a probably outcome of complications in the future for human rights commissions.  Councilor Donauer’s behaviour raises questions about the effective impacts to future cases.  Should Saskatchewan residents and other Canadians continue to complain when politicians use their position to advance specific religious perspectives?

In Commissioner Arnot’s analysis (sections 24-45), there are several indications that Solo’s complaint was completely appropriate

A Quick Update on Afghanistan 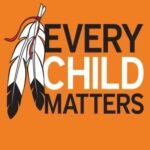 « Dr. Ben Goldacre was in Toronto, Sunday May 15th
Nosodes »