The First Rule of Soap Club: Don’t Analyze Our Claims

I don’t even need to provide an example. We’ve all seen it before. I’m referring to the lofty claim that some new and/or improved soap “kills 99.9% of bacteria”. In the spirit of Scientific Literacy week, I’d like to share what goes through my mind when I see claims like this. My intention is not to be smug, but inspire critical thought in others when they’re evaluating scientific claims. Perhaps if you’re already on board with these views of mine then revisiting may not serve you well… but maybe, just maybe, you could find these questions useful next time you hear someone else at risk of being deceived. Here goes my breakdown of this ubiquitous claim.

Governments and regulators with some impetus to be business-friendly (self-imposed or not), will have a hard time protecting consumers against these seemingly benign marketing claims; especially considering how many are out there and the resources that would be required to police it. Further, claims like these are difficult to forbid as they will have some element of truth to them – the soap probably did kill most of some bacteria somewhere. With these factors combined, it’s left to consumers to cut through the marketing and hype. At this, some people are better trained and more experienced than others. Time-permitting, and with skill for teaching adults (which is quite different from teaching children), you can share your insight with others. But in reality, time is tight and most others’ patience for learning new things is even more scarce. So, if nothing else, asking out-loud questions like the ones above are a quick and easy way to minimally create some cognitive discrepancy in those willing to listen. Plant some seeds of doubt, then with tolerance, watch to see if something takes root. If yes, nourish it. If not, keep planting those seeds!

For more on this topic, check out Sabrina Stierwalt’s article in Scientific American<1>. 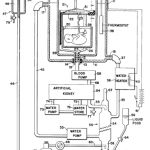 Keith’s Conundrums: Are We Classically Computational or Something Else?

[CA] If you have an Essential worker friend, family member or neighbour who you can help get vaccinated PLEASE DO SO.
We need all of the helpers out there to make sure our communities are safer!! #VHCDose2 #COVID19CA #vhcCA