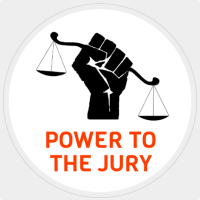 Gary Bauslaugh’s new book, “The Secret Power of Juries”, deals with the power juries have to go against the law – called jury nullification – which is what all of Henry Morgentaler’s four juries did. Morgentaler had clearly broken the law, but as he often said, “no jury would convict me”.

In the subsequent Supreme Court ruling that decriminalized abortion — a very good thing indeed — the Court also did something not so good. It banned the future use of the sort of defence used by Morgentaler’s lawyer: telling the jury that even if he had broken the law they do not have to find him guilty. Juries are fully independent in this regard, but now after the court ruling no one is allowed to tell them about it, and most of them do not know about it.

In effect the Court has blocked a way ordinary citizens, on juries, can fight against unjust laws. This has a number of potentially serious consequences. One was that Robert Latimer (the father who, from compassion, killed his 12 year old quadriplegic daughter who suffered from constant, excruciating pain) was found guilty by a jury that was sympathetic but thought it had to find him guilty.

UBCO Campus map Room EME 1011 is in the Engineering, Management & Education Building. Visitor parking is just to the north of the building.