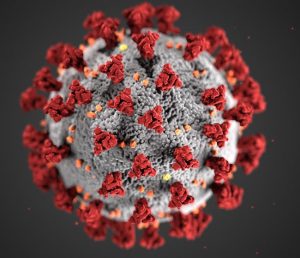 Where ideology and reality are in conflict, reality always wins. When the world is still suffering from the worst pandemic in a century, there are a worrying number of people in denial about how contagious and lethal COVID-19 is.

Perhaps most frightening is the emergence of Liberty Coalition Canada, a network of clergymen, elected officials, small business owners, legal experts, and other concerned citizens. The coalition is responsible for 79 churches across Canada, representing every province except Newfoundland and Labrador (congratulations to our easternmost province!), opening for in-person Easter services. This group is now applying for charitable status.

News watchers across Canada have been shocked to learn that the Justice Centre for Constitutional Freedoms hired a private investigator to follow the judge presiding over its lawsuit. John Carpay, until recently the head of the Justice Centre, admitted that the centre hired the private investigator in an attempt to hold officials accountable. (If readers are wondering where they have previously heard the name, Carpay has previously been in the news for comparing pride flags to swastikas.)

The Justice Centre for Constitutional Freedoms has filed constitutional challenges in Manitoba, Alberta, and British Columbia. In Winnipeg, the challenge involves seven different churches which are arguing that their right to worship and assemble has been violated, leading to “a crisis of conscience, loneliness and harm to their spiritual well-being.”

The three churches in question have held in-person services and rallies to protest the lockdowns. Trinity Bible Chapel in Woolwich Township had its doors locked when the church continued to hold in-person services in defiance of a court order. The Church of God in Aylmer held a service in May; police reported at least 120 vehicles parked. The Wellandport United Reformed Church claims to take the virus seriously while participating in the charter challenge claiming that “the government is interfering with the work of Jesus.”

While churches claim to be unfairly under attack, the truth is that churches are a major source of COVID transmission around the world. Here in Canada, examples abound of church super-spreader events. In Blenheim, Ontario (a town of fewer than 5,000 people according to the 2011 census), one church service led to 31 active COVID cases and required 300 additional people to isolate. In Steinbach, Manitoba, where the Church of God Restoration repeatedly violated public health restrictions, COVID-19 rates are twice those of any other community in the region. (Note that this correlation does not prove causation.) In Kelowna, BC, an outbreak at Calvary Chapel where COVID protocols were followed led to five people contracting the disease.

CFIC will closely monitor the charter challenges. For the health of all Canadians, science and not superstition must determine public policy. Canada’s exit from the pandemic will be determined in no small part by evidence-based health rules and restrictions, enforced equally across secular and religious gathering places, and followed by all Canadians. 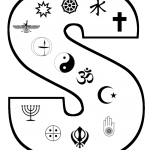 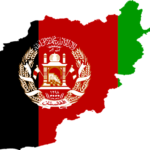 A Quick Update on Afghanistan 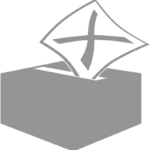 Election Call. Get in the Candidates’ Faces. Let Them Know Secular Humanists Vote!